Global enterprises keep growing in scale, performance, and functionality. Successful management of these enterprises requires increased use of intelligent management and cloud technologies, which afford increasing autonomy for management operations. While intelligent Management can offer efficiencies, fast response, and global scaling of enterprises, there are cases where human management is still needed. Examples include cyber operations, major outages, and medical applications, where life-critical outcomes must be managed. Panelists will take positions for or against the topic, defending their views in a position statement. A moderated QA session will follow and audience participation will be encouraged. 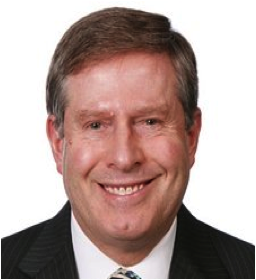 Joe Betser, panel moderator
Dr Joe Betser is a Senior Project Leader for Strategic Planning, Knowledge Management, and Business Development with the Aerospace Corporation. Joe Coordinates strategic and developmental planning support to the Chief Scientist of the USAF Space and Missile Systems Center, in order to enhance our collaboration projects, and successfully transition science and technology results into Space capabilities. Dr Betser joined Aerospace in 1991, established the network management laboratory, and served as a DARPA principal investigator in the fields of networking, cyber, fractionated space architectures, and manned on-orbit servicing (NASA/DARPA). He received multiple commendations including the GPS Program Recognition Award, and awards for serving as a Program Chair and General Co-Chair of the Ground System Architectures Workshop (GSAW). Joe served as the General Chair for Malware TEM (MTEM), and published book chapters in several books on Big Data, Clouds, Knowledge Management, and E-Learning. Dr. Betser served as the Vendor Program Chair of the IFIP/IEEE IM in San Francisco, recruiting 39 company sponsors and leading five networked technology centers demonstrating SNMPv2, OSI, RMON, OMNI-Point, & Applications. Joe was commended repeatedly for spearheading university outreach activities, and received international citations from the IEEE and IFIP for leading global activities. Joe serves on multiple boards, and chairs the Engineering Visitors Committee at Harvey Mudd College. He has a B.S. in aerospace engineering, M.S. and Ph.D. degrees in computer science, and an executive MBA from the University of California, Los Angeles.

Olivier Festor
Prof. Olivier Festor is a Professor in Computer Science and Director of TELECOM Nancy and the graduate and engineering CS school of the Universit´e de Lorraine. He has a Ph.D. degree (1994) and an Habilitation degree (2001) from Henri-Poincare University, Nancy, France. He spent 3 years at the IBM European Networking Center in Heidelberg, Germany and one year at the EURECOM Institute in Nice, France. After 8 years as a researcher at Inria, he became Research Director in 2003, led the EMANICS European network of excellence from 2005 to 2010 and the research activities of EIT Digital before taking a Professorship position at University of Lorraine in 2012. His research interests are in the design of algorithms and models for automated security management of large scale networks and services. Olivier Festor advised more than 20 PhD students and published over 100 papers in the network and service management field. 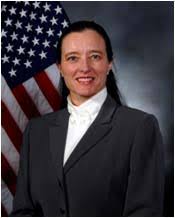 Roberta Ewart
Roberta Ewart is the Chief Innovation Officer, Space and Missile Systems Center (SMC), Air Force Space Command, Los Angeles AFB (LAAFB), CA. She is a distinguished graduate in physics from the United States Air Force Academy and earned the Air Force’s first ever Marshall Scholarship to Oxford University, United Kingdom. There she completed master’s degrees in Theoretical Physics and Philosophy of Science and crewed on two championship rowing teams. Attending night school, she completed a master’s degree in Electrical Engineering from University of Colorado focusing on electro-optics and satellite design. She attended Stanford University, Palo Alto, CA, earning the Degree of Engineer (DE) in Electrical Engineering in advanced low noise laser systems. Ms Ewart was competitively selected as the first chief scientist at SMC in 2006. In this role, she is the center’s principal scientific authority and supports the SMC Commander in assessments of advanced technology. Her primary duty is to advance the knowledge of emerging technologies for improving Air Force space capabilities

Burkhard Stiller
Prof. Dr. Burkhard Stiller received his diploma degree in computer science and his doctoral degree from the University of Karlsruhe, in 1990 and 1994, respectively. From 1991 until 1995 he has been a Research Assistant at the University of Karlsruhe, being on leave in 1994/95 for a one-year EC Research Fellowship at the University of Cambridge, Computer Laboratory, UK. From November 1995 he has been with the Computer Engineering and Networks Laboratory TIK of ETH Zürich. He was appointed Assistant Professor for Communication Systems at ETH in 1999 and hold that post until September 2004. Burkhard Stiller held additionally from April 2002 until August 2004 a Chair at the University of Federal Armed Forces Munich (UniBwM), where he headed the Information Systems Laboratory IIS and had a part-time appointment with ETH Zurich. Since September 2004 Prof. Dr. Burkhard Stiller holds the Communications Chair at UniZH, IFI. He participated in or managed national research projects of Germany, Switzerland, and the UK as well as EU IST projects, such as Akogrimo, Daidalos, EC-GIN, MMAPPS, Moby Dick, CATI, M3I, ANAISOFT, DaCaPo++, and F-CSS. Prof. Stiller organized a.o. the DSOM’99 (Distributed Systems — Operations and Maintenance) work-shop as PC Co-chair in Zürich and he served as the general chair for the Networked Group Communications (NGC’03) and Internet Charging and QoS Technologies (ICQT’03) Workshop in September 2003 in Munich. He was a.o. PC Chair of the IEEE LCN’03 Conference in Bonn, General Chair of the 30th IEEE Conference on Local Computer Networks (IEEE LCN’05). Just recently, he was the TPC Co-chair for NOMS 2006 (10th IEEE/IFIP Network and Operations Symposium) and the General Co-chair of the IEEE BoD Workshop 2006, San Francisco. Currently, he is the TPC Co-chair of KiVS 2007 in Berne and of the IEEE ICC Symposium on Network Services and Operations 2007, Glasgow. He performed as a reviewer for journals (e.g., IEEE JSAC, Computer Communications, Netnomics) and conferences (e.g., ACM SIGCOM, Globecom, IEEE Infocom). Prof. Stiller’s main research interests include charging and accounting for IP-based networks, economics of IP services, Grid services, auctions for services, communication protocols in the Internet, biometric access control, Quality-of-Service aspects, peer-to-peer systems, network management, and supporting functions for wireless access networks including biometrics. He published well over 70 research and survey papers on these areas in leading IEEE journals (IEEE JSAC, IEEE Network) and others (e.g., ACM CCR, Netnomics, Computer Communications), IEEE conferences (e.g., IEEE/IFIP NOMS and IM, LCN) and others, and workshops (e.g., IEEE LANMAN, QofIS, Networking, and Global Grid Forum). Finally, he edited a number of special issues for journals, serves as an editorial board member in Netnomics, PIK, JNMS, and CMS, and served as an editor on books in the areas of network management and Quality-of-Service. 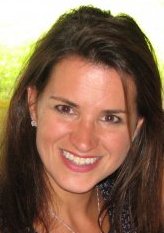 Katalin K. Bartfai-Walcott
Katalin leads the Ambient Science strategy and architecture team in Intel’s Data Center Software group. Her focus is on the development of self-forming, self-aware and responsive infrastructure as well as on-demand platform technologies. The goal of Ambient infrastructure is to orchestrate autonomic resources in a way that obfuscates the complexity of computing from the user while providing a consistent immersive experience. Prior to Intel, Katalin worked with IBM for 22 years, as a Principal for IBM Global Services, where she led the development of IBM’s Linux strategy. She has over 30 years of industry experience, with datacenter architecture, multi-platform systems, including Power/RISC and Linux on Power, as well as cloud computing and executive level consulting. She published over 30 technical papers and several IBM Redbooks. She has spoken at numerous seminars and conferences since 1995, holds 50 patents, and has received IBM’s Chairman’s Award for her work on building the Linux Services and Support strategy. 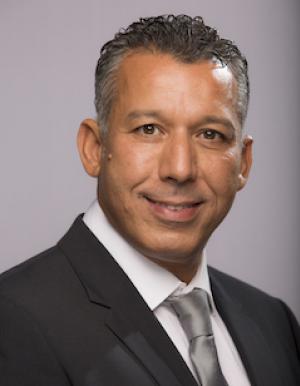 Raouf Boutaba
Raouf Boutaba is a University Chair Professor of Computer Science and Associate Dean Research of the faculty of Mathematics at the University of Waterloo. He also holds an INRIA International Chair in France. He is the founding Editor in Chief of the IEEE Transactions on Network and Service Management (2007-2010), and the current Editor-in-Chief of the IEEE Journal on Selected Areas in Communications. He served as the general or technical program chair for a number of international conferences including IM, NOMS and CNSM. His research interests are in the areas of network and service management. He has published extensively in these areas and received several journal and conference Best Paper Awards such as the IEEE 2008 Fred W. Ellersick Prize Paper Award. He also received other recognitions, including the Premier's Research Excellence Award, Industry research excellence Awards, fellowships of the Faculty of Mathematics, of the David R. Cheriton School of Computer Science and several outstanding performance awards at the University of Waterloo. He has also received the IEEE Communications Society Hal Sobol Award and the IFIP Silver Core in 2007, the IEEE Communications Society Joe LociCero and the Dan Stokesbury awards in 2009, the Salah Aidarous award in 2012, the IEEE Canada McNaugthon Gold Medal in 2014, the Technical Achievement Award of the IEEE Technical Committee on Information Infrastructure and Networking as well as the Donald W. McLellan Meritorious Service Award in 2016. He served as a distinguished lecturer for the IEEE Computer and Communications Societies. He is fellow of the IEEE, a fellow of the Engineering Institute of Canada and a fellow of the Canadian Academy of Engineering. 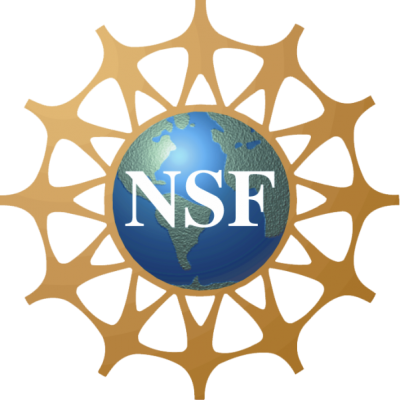 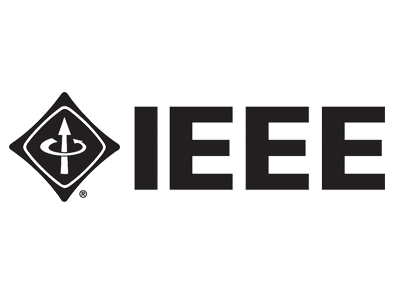